What’s in a Name? Sundance Square. Downtown Fort Worth. Hell’s Half Acre.

Nearly 20 years ago, I got my first introduction to my career in travel and tourism in downtown Fort Worth. Little did I know when I walked into The Worthington Hotel that day what an impact that job would have on my future.

Visiting the city of Cowboys and Culture last week brought back wonderful memories of the direction my life has gone while giving me an even greater appreciation of Fort Worth. With so many options from which to choose including the historic Stockyards, the Museum District, the Fort Worth Zoo, and the Botanical and Japanese Gardens, to name a few, I elected to stay downtown at my old stomping grounds and visit Sundance Square.

While Robert Redford may have played Sundance in the film and named a film festival after the character, Sundance Square received frequent visits from THE Sundance Kid back in the 1800’s, along with Butch Cassidy and the other members of the Wild Bunch. They even posed for a picture to prove it. Downtown Fort Worth, also known as Hell’s Half Acre, didn’t stop with the outlaws. Wyatt Earp and Doc Holliday also frequented what would eventually be named Sundance Square. Along with the celebrities of the time period, cowboys on the Chisholm Trail cattle drive enjoyed time in the area. The brick streets of yesterday are a nice reminder of what used to be but certainly don’t take away from one of the most interesting downtowns of any city I’ve ever visited.

Today’s Sundance Square features just about anything you would want in a downtown. Showcasing the old west, the Sid Richardson Museum features art from Russell and Remington. A variety of arts options are available from broadway shows at Bass Performance Hall to comedy performances at Four-Day Weekend to nightclubs, jazz, and beer emporiums. Shops include a parfumerie, clothing, art, Cowboys and Rangers sports stores, books, gourmet chocolates and fine foods. Dining options include American, Mexican, sushi, seafood, Italian, barbecue, Tex-Mex and fine dining from street level to rooftop. You name it. Sundance Square has a bit of everything. See for yourself. I did, almost 20 years ago, and I still come back again and again. This time, I’m a Texas Traveler. 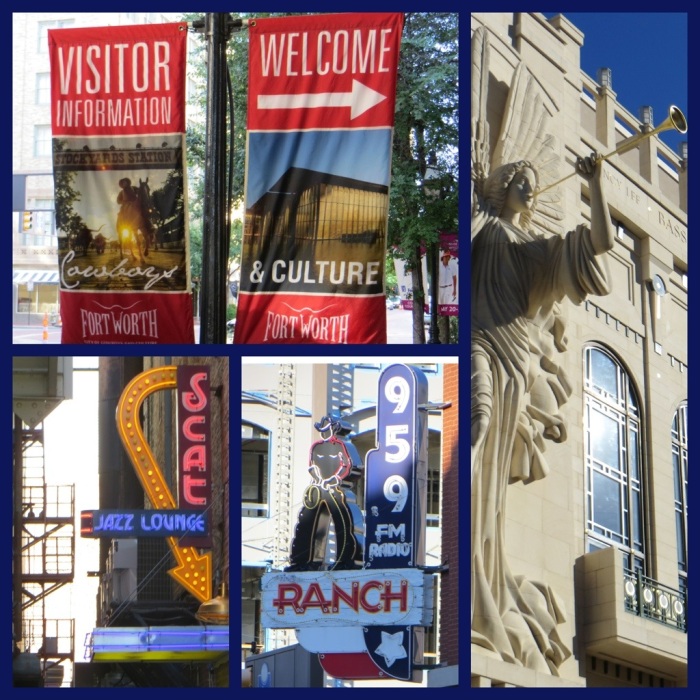 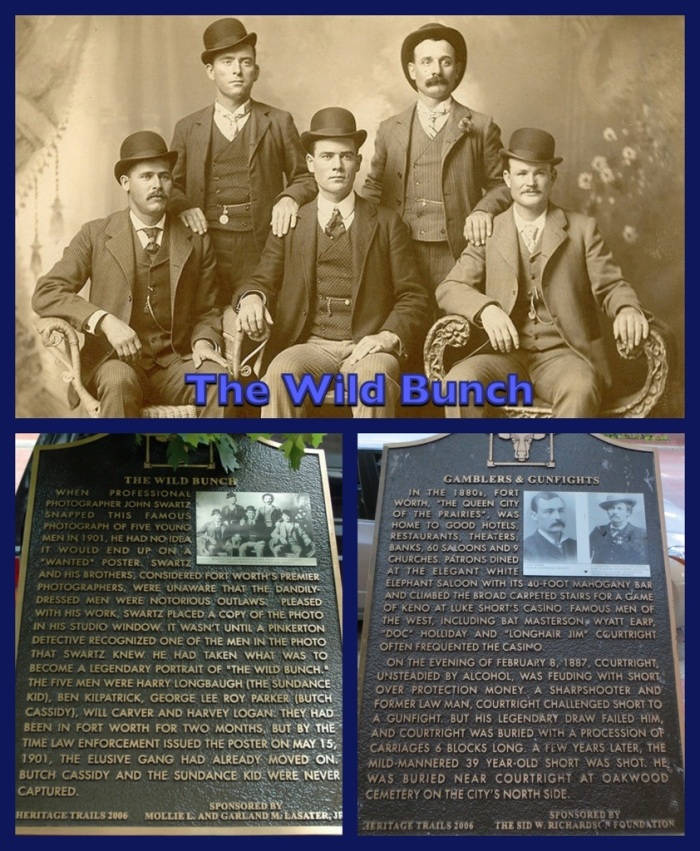 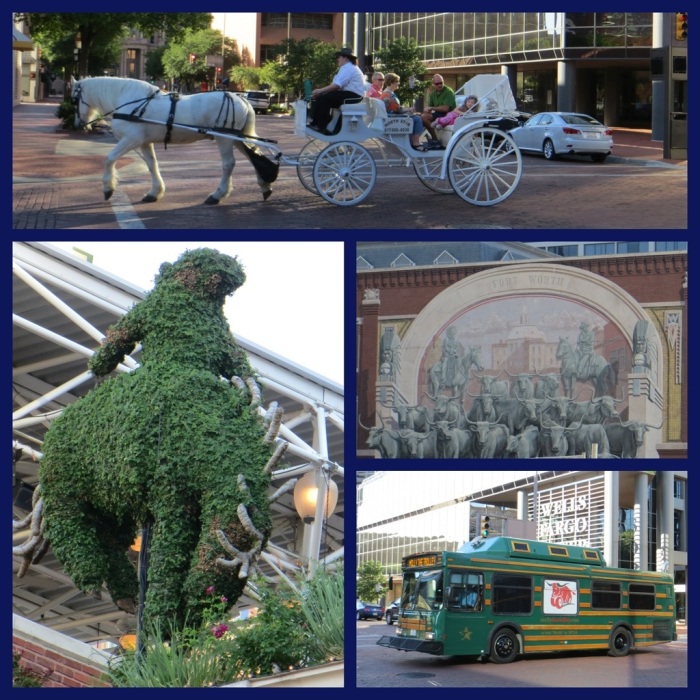 Learn more at www.sundancesquare.com. To find out about the many things to see and do in Fort Worth, visit www.fortworth.com.

EAT IN THE HEART OF TEXAS
With the variety of dining options from which to choose in Sundance Square, I chose one of my husband’s favorite – first, because we made wonderful memories there; second, because I enjoy the food; and third and most important, because I wanted to send him a message with a picture of my food to make him sorry he didn’t come with me on this trip.

Riscky’s is a Fort Worth institution. Around since 1927, this barbecue joint has several locations in Fort Worth and for good reason. I’ve eaten at both the Stockyards location and the one in Sundance Square. The atmosphere certainly lends itself to western flair. Visions of Dudley Moore meeting his future father-in-law in the movie Arthur play in your head while being watched by taxidermied heads staring down at you. While I enjoy the barbecue at Riscky’s, particularly the all-you-can-eat beef ribs for $9.95, my main reason for visiting is a guilty pleasure. I LOVE their Texas fries, a perfectly seasoned concoction of potatoes, onions and jalapeños served with a side of ranch dressing. It may not sound like much to you but when you try to eat healthy most of the time, a plate of deep-fried goodness hits the spot. And while you’re enjoying your ribs or other choice of meat, try not to think about where the rest of the cow is when being stared down by a stuffed longhorn. For information on Riscky’s, visit www.risckys.com.

A daily selection of the best content published on WordPress, collected for you by humans who love to read.

jammin' on down the road

THE MATURE ART OF TRAVELLING ALONE.

A monthly literary journal of travel essays and photographs.

Discover the World with Kate

Have Wheelchair Will Travel

Accessible travel | Travelling with a wheelchair

Join Us As We Eat, Sleep, Love and Travel Around The World

Adventures and Postcards from the road

Travel Between The Pages

The Intersection of Travel, Books & Art

A dog and cat in clothing. Puns. Travel. Bacon. Not necessarily in that order.

travel your dreams in style

Travel and photography blog by Nilla Palmer. Capturing the globe with words and lens. Come travel the world!